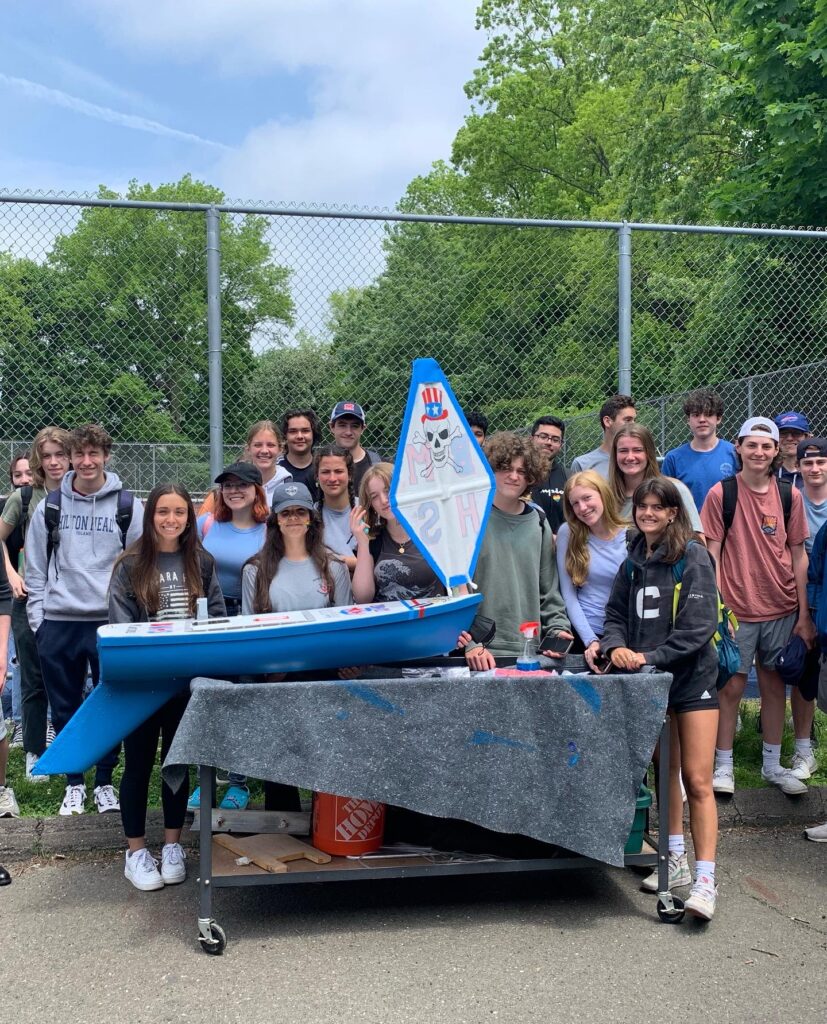 The Marine Studies 2 students of the Marine Science Academy at Brien McMahon high school in Norwalk, Connecticut began our first mini-boat project this year in May thanks to support from our local partners.  The students helping to build and launch our mini boat are part of the Marine Science Pathway program that began in the Fall of 2019.  This is our academy’s first mini boat project and we are very excited to see the journey our mini boat takes.  We decided to name our boat the RV Constriptus because we are the Senators of Brien McMahon (Conscriptus is latin for Senator).