SECOND WIND was built by the students of Mrs. Lewis’ 5th grade class at Columbia City Elementary School in Columbia City, Oregon. The Miniboat’s name, S/V Second Wind, was suggested by student Izak Hanks. Mrs. Lewis said it’s an appropriate name for a boat built during a year in which “we’ve all had to catch a second wind and keep moving forward.” Izak said, “We were all having a tough time and we needed a second wind. It just came to me,” he said. 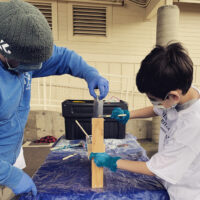 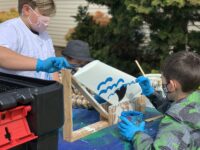 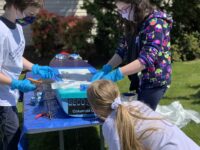 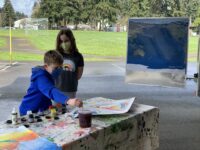 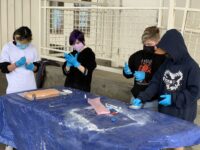 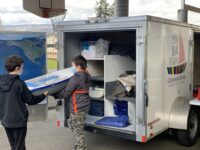 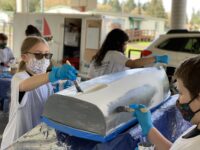 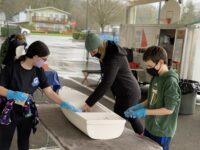 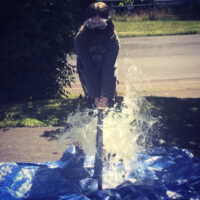 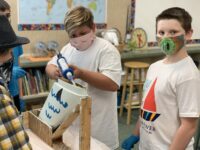 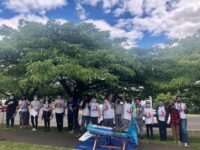 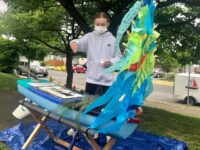 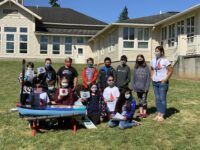 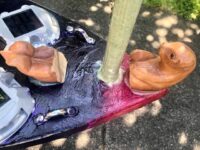 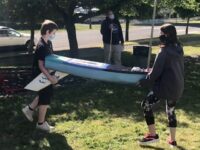 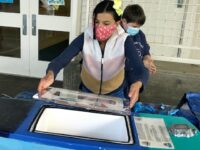 The Columbia River Maritime Museum Miniboat Program provides a global, multidisciplinary STEAM learning experience for 5th- to 7th-grade classes in the Pacific Northwest and Japan by empowering them to cooperatively design, build, launch, and track seaworthy GPS-equipped boats on a journey across the Pacific Ocean. The program was developed in partnership with the Consular Office of Japan in Portland and Educational Passages and is supported by Pacific Power, Northwest Stem Hub, West Marine BlueFuture Fund®, the U.S. Coast Guard, and many others.

Since the program’s start in 2017, 1,513 students on both sides of the Pacific Ocean have been involved in the launch of 31 miniboats, traveling a total of 70,000 nautical miles (and climbing). These boats are tracked daily and students are still building on the skills they honed to launch them.