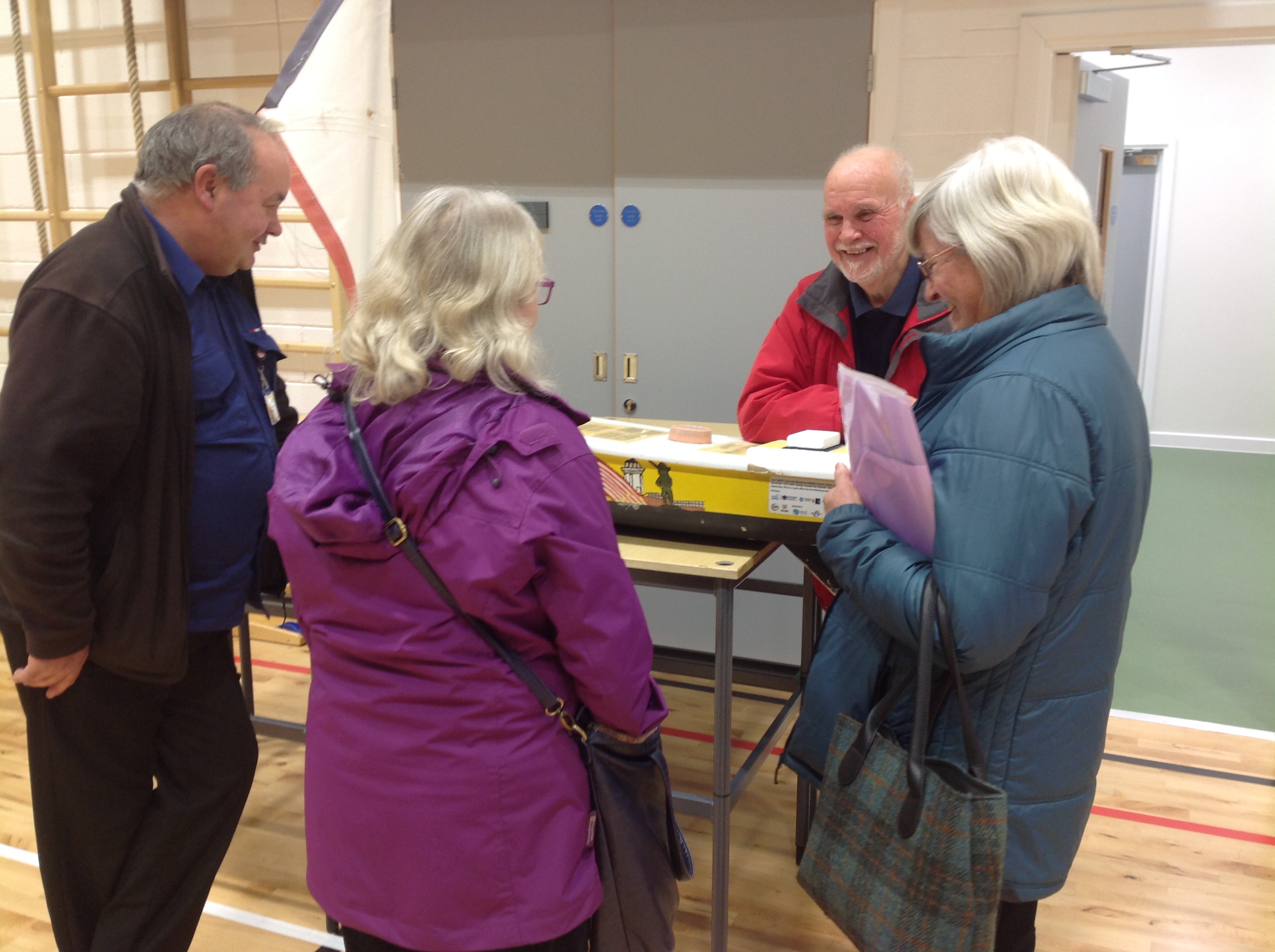 Two years ago, fifth-graders from Nazaré, Portugal colored blank paper boats with crayon designs.  The words paz, peace, amor, love, todos amigos, all friends filled the gaps between images of Portugal and the United States.  The students prepared for the restoration of West, a five-foot long mini-boat launched two years prior by Westbrook Middle School in Maine.  Portuguese hands repaired the small vessel and sent a message abroad.  West left Portugal with its fate determined by the Atlantic’s winds and currents.  It crossed the Atlantic, was carried along the Gulf Stream, and headed back east.  A year later, the famous mini-boat was recovered again after entering the waters of a third country: Scotland.

Jim Manning knew West landed in the United Kingdom when visiting his colleague Dr. Ru Morrison, the Executive Director of NERACOOS originally from Scotland.  He wrote the following account on the boat’s page/blog:

When I showed Ru the googlemap of the WEST landing on the west coast, Ru stopped me with “Hey, zoom in a bit”.  After zooming into the outer Hebrides North Uist, he said, “No, zoom in some more”.  Eventually, when we got down to the village where it had landed on the beach, Ru pointed and said, “That’s my house!”

In their article on West, EMEPC notes a special detail about the boat’s most recent voyage:

WEST reached the island of North Uist, near a little village called Knockintorran. New contacts were made and it was Jeremy Howarth, from a local Bed & Breakfast, who found WEST and delivered it to a local school.  The funny thing is that this island of North Uist owes its name to an ancient language, old norse, where UIST means…WEST.

Each leg of West‘s journey has connected students and schools across the world.  This little boat built relationships between American, Portuguese, Scottish, and Irish organizations.  As the school in North Uist prepares to send West back into the Atlantic, people around the world watch with excitement.

To see videos of West‘s 2015 launch from Portugal, use the following two links:

To order a boat and join our international educational community, click here.