Third grade students at Raíces Dual Language Academy and Veterans Memorial built the miniboat while learning about ocean topics. Once completed, middle and high school students in an after school program worked together to install sensors on the miniboat so it can be tracked and collect data such as air and surface water temperature.

Click on the titles below to read the full story. 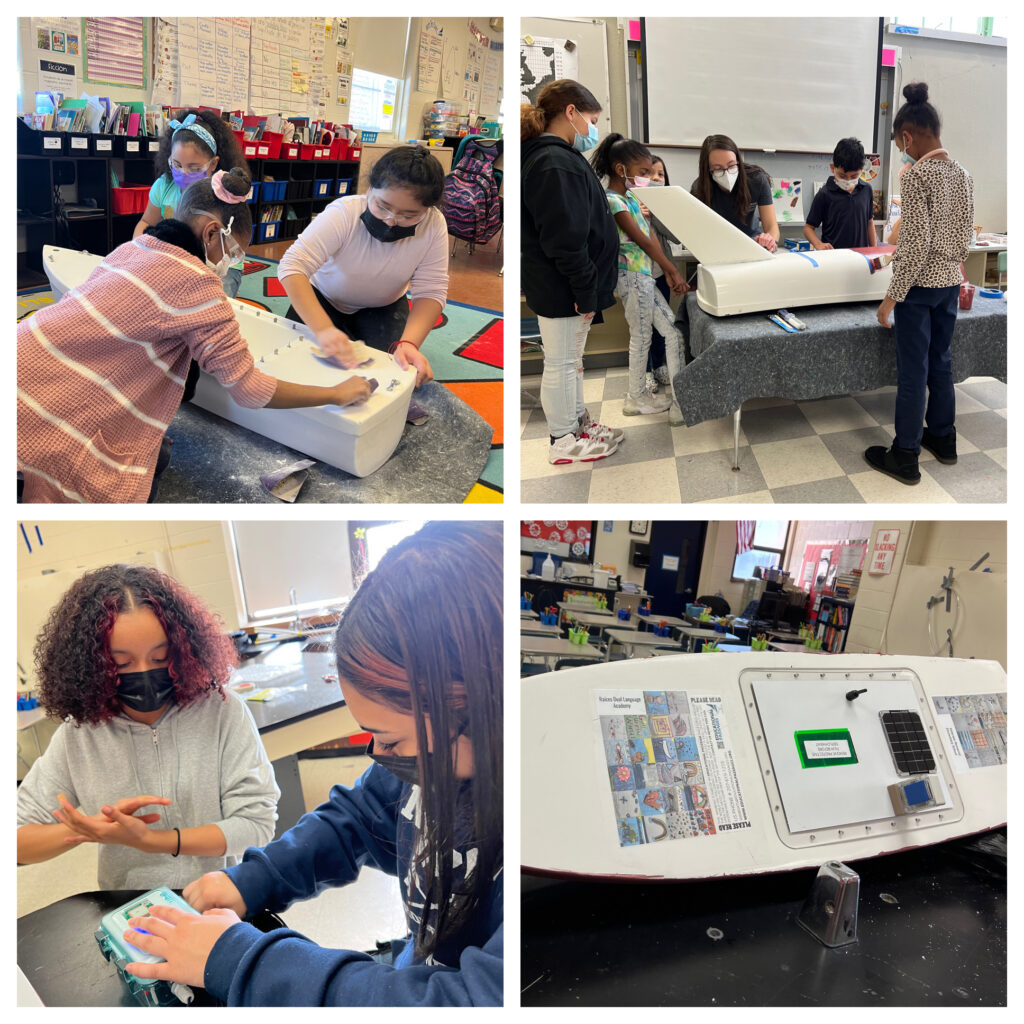 Please consider supporting our program. Together we can continue to inspire students, support educators, and connect communities.

This is the second project with URI’s Graduate School of Oceanography (GSO) who partnered with the Central Falls School District and Educational Passages to offer a hands-on opportunity for students to build a miniboat which they named Inspiration.

The GSO Miniboat program is made possible by the Devereux Ocean Foundation, Inc.