Please consider supporting our program. Together we can continue to inspire students, support educators, and connect communities.

You are also invited to become a part of the crew with apparel for RJH’s miniboat! The design includes the path of the voyage, the webpage link, statistics and the school’s logo. With each purchase, a small portion will go right back into the Educational Passages program to continue these connections. To order, visit our page on the Bonfire platform through April 4.

Thank you to the Clipper Foundation for helping to fund this particular boat! 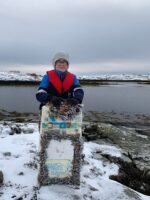 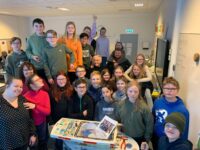