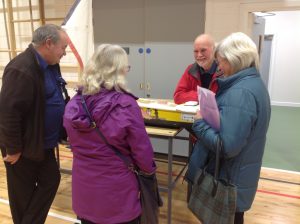 Two years ago, fifth-graders from Nazaré, Portugal colored blank paper boats with crayon designs.  The words paz, peace, amor, love, todos amigos, all friends filled the gaps between images of Portugal and the United States.  The students prepared for the restoration of West, a five-foot long mini-boat launched two years prior by Westbrook Middle School in Maine.  Portuguese hands […] 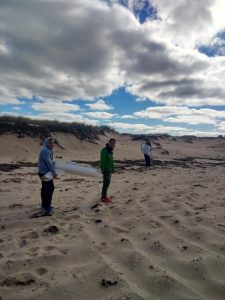 Debut of a “Rock Star”

See full story at http://www.nefsc.noaa.gov/news/features/regatta/rockstar.html November 8, 2016 Contact: Shelley Dawicki Print Version Boat will be NEFSC testbed for new sensors Another Manning-Educational Passages collaboration involves a new sensor package on the miniboats to obtain more information about environmental conditions. Up to now they have been equipped with a GPS sensor to provide latitude and longitude so […] 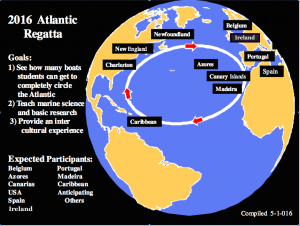 Full story can be found at http://www.nefsc.noaa.gov/news/features/regatta/ November 8, 2016 Contact: Shelley Dawicki Print Version NEFSC researcher helps track miniboats Schools from seven countries and 34 miniboats are expected to participate in the first Atlantic Miniboat Regatta, an international education project to encourage students in North America and Europe to send their boats across the Atlantic using […] 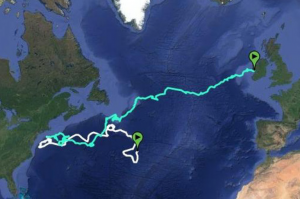 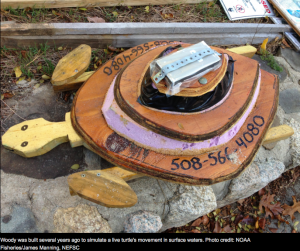 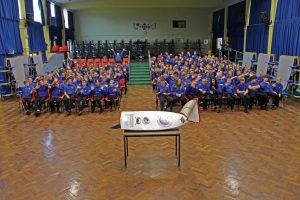 An unmanned boat sent by a school in the USA has washed up on the Pembrokeshire coast three months after it set sail. Students from Kent School in Maryland launched The Osprey with a time capsule onboard off the New Jersey coast on 13 June and tracked it across the ocean. Robert Morgan from Tenby found the […] 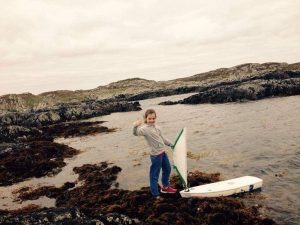 Go to: http://patch.com/connecticut/waterford/whs-unmanned-sailboat-reaches-ireland to see original article post.   Kaitlyn Dow, A student at Waterford High School, built a 5 foot mini-sailboat (the Lancer) that has successfully crossed the Atlantic. This boat was prepared by Kaitlyn and other students of Mike O’Connor’s UCONN ECE Marine Science Class at Waterford High School (WHS) in coordination with Mrs. Shoemaker’s […] 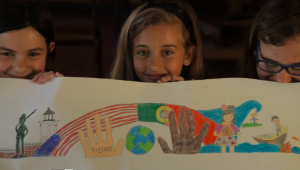 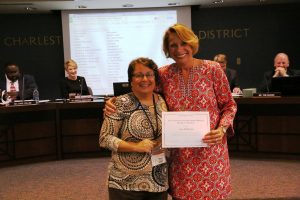 Teacher of the Year Award!

Amy McMahon (picture to the right) is a miniboat superstar! Her class’ miniboat, Carolina Dreamer, made some major news headlines, launched from South Carolina and sailed all the way to Wales! Because of Ms. McMahon’s dedication and obvious commitment to her students’ learning, it is no surprise she won South Carolina STEM Teacher of the […] 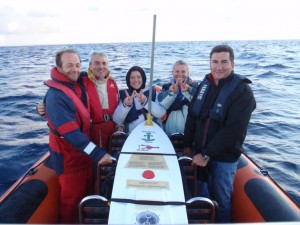