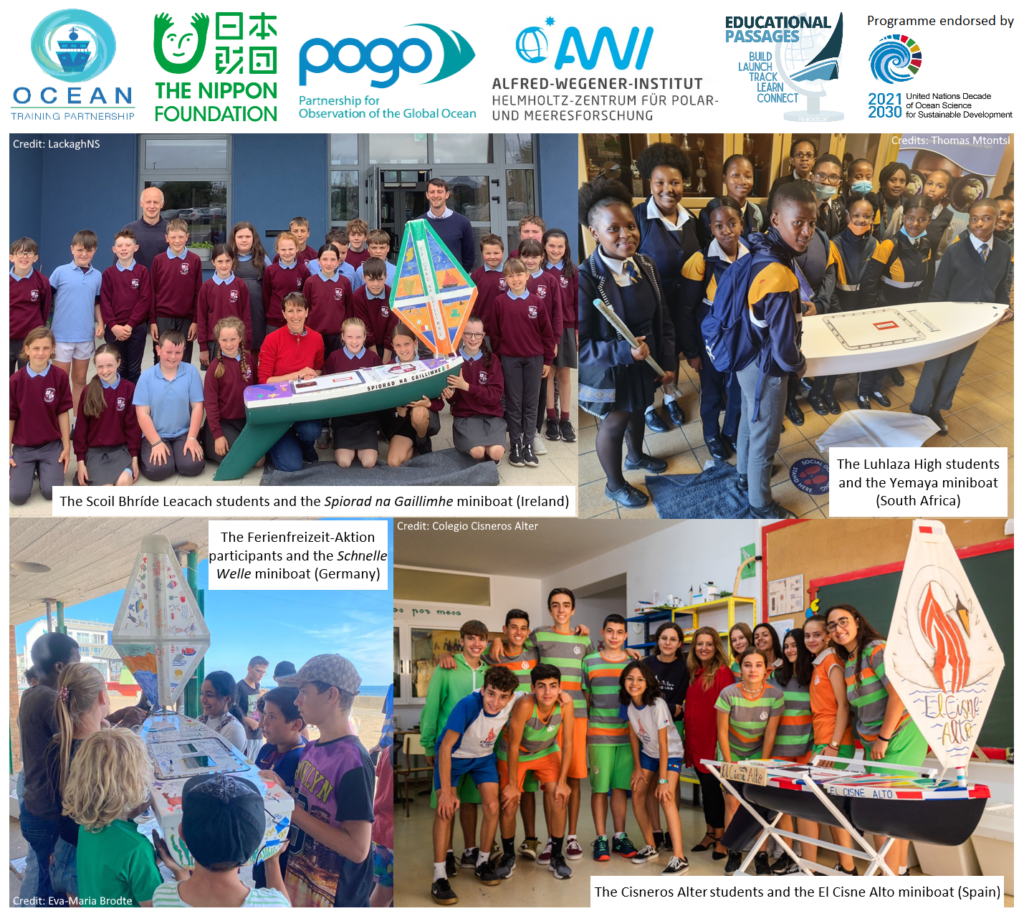 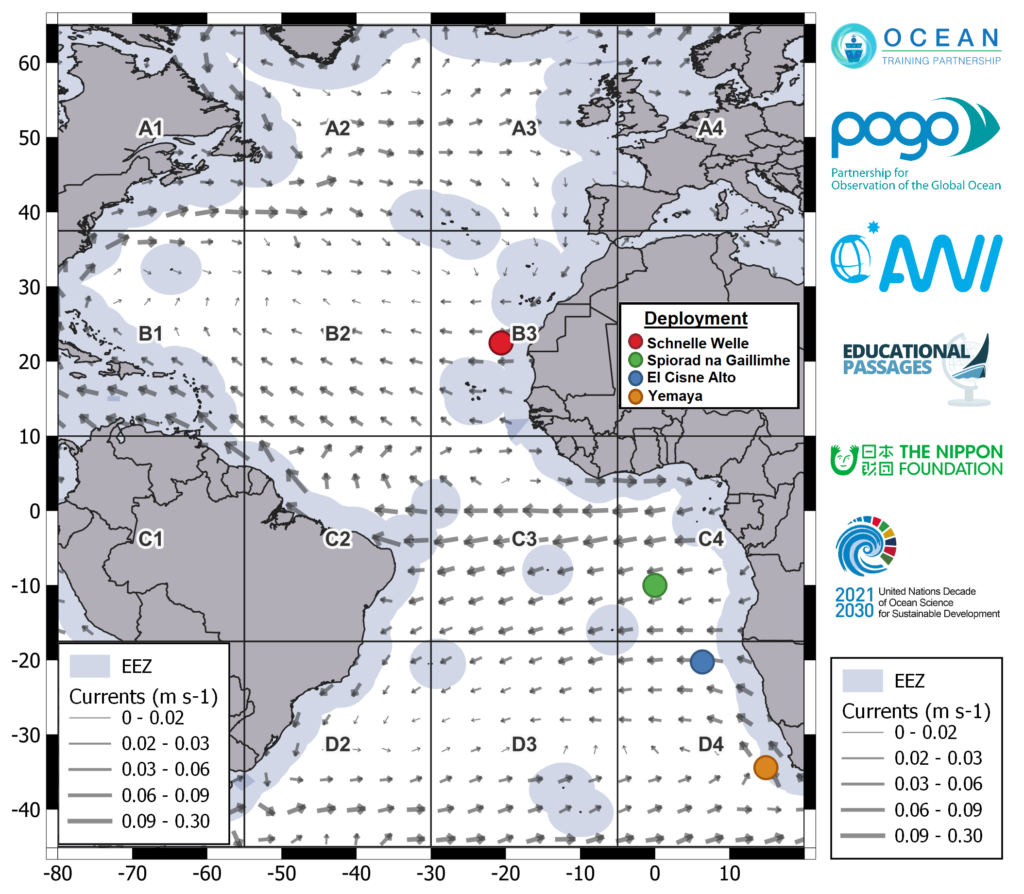 All four miniboats were deployed between September 10 and October 2 (see image to the right). Follow the Journey with us! We challenge you to check the wind and current forecasts and tell us where YOU think the miniboats will travel to.

This initiative is funded by The Nippon Foundation and Partnership for Observation of the Global Ocean (POGO) with support from the Alfred-Wegener Institut Helmholtz-Zentrum für Polar- und Meeresforschung (AWI).